Regarding Orlando: A Plea for Accountable Faith

Editor’s note: Part of educating is addressing important events that arise, particularly ones that directly affect members of our community. Orlando is a reminder that even though there have been some big wins around LGBTQ rights recently the world is still a long way from tolerance. We can force the guise of tolerance on people by passing much-needed reforms, but until we can start to address some of the root problems behind this intolerance it will never get better. I was raised in a religious household. Most organized religions demonize LGBTQ people and this lifestyle. That demonization is a direct cause of much of the intolerance LGBTQ people suffer, and under the right circumstances that intolerance leads to violence. Sweeping these very real issues under the rug in the name of political correctness is no longer an option. This post addresses this problem far better than I ever could.

In Uganda, Christian lawmakers draft a bill making homosexuality punishable by death after American evangelical leaders visit to preach on the evils of sodomy. The Americans deny this was their intent.

In Orlando, a Muslim man murders dozens of queer people in Pulse. The man’s father, who believes gays deserve divine punishment, is shocked that his son would do such a thing.

Over the next few days, we’re going to hear the term “radical Islam” bandied about by fundamentalist Christians who want to distance themselves from the ugliness as if they haven’t fostered the toxic beliefs about gay people that led to the violence. It couldn’t matter less which religion you adhere to fundamentalism is the disease. Accepting any doctrine without empathy or critical thought is the disease. Coercing other people to behave in accordance with your beliefs is the disease.

In these institutions, there is no room for neutrality. If you are a member of a faith that has historically condemned and excluded queer people (read: most major faith groups), your choice is to speak out or be judged as a member of that group. Plenty of religious folks and groups have defied tradition to support queer people unconditionally, but I want to speak to those who haven’t. Silence is complicity in a status quo that breeds isolation, secrecy, shame, and suicide while teaching adherents that this vulnerable group of people is the enemy.

Gay and trans kids are hiding out in churches everywhere, subjected to these messages weekly. Gay and trans kids are hiding out in their own families from parents and siblings who would reject them if they knew the truth. I’ve had contact with all manner of “love the sinner” Christian communities, and you don’t need to be Westboro Baptist Church to teach people they’re inferior. This faux-moderate language harbors views on sex and gender from a book that contains instructions for forcing a prisoner of war into marriage with her captor.

Most denominations have evolved away from sexist doctrines like the rule against women in leadership, but critical thought goes out the window when the beloved passages about homosexuality come into play.

If you aren’t working to overturn toxic doctrine and change the culture of your faith, you can certainly still offer your condolences next time a culture of disdain and exclusion bubbles over into violence, but they won’t be worth much. Institutional Christianity still hasn’t learned that you’ll reap what you sow.

So, because you are lukewarm, and neither hot nor cold, I will spit you out of my mouth.

If a member of your family had been in Pulse that night, would they have felt safe coming out to you, or would you have learned they were gay when you read their name on the list of victims? 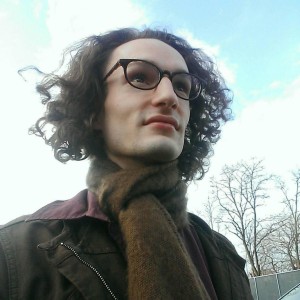 Evan Fuller is the author of young adult novels Mutt and Stray. Evan also runs the writing advice blog Prose Protips. Say hello on Twitter.
"Absolutely Relationship Saving"
Excellent program. Absolutely relationship saving - David
"We Are Super Happy!"
Things are going exceptionally well for us. We are back on board with our future plans for a family. I was SO worried that we would never work it out... but I can't explain to you how much your communication techniques saved our relationship. You are amazing and will no doubt be getting many more recommendations from me! - Kristina
"Forever Thankful"
From start and all the way through, Josh has worked hard with both of us to get us through what seemed the end of our marriage. As they promise, as long as you do the work and stay coachable, they will give you the tools to navigate anything!! - Paul
"I Was So Skeptical"
I was so skeptical at first, but I was desperate! I am so thankful for their patience and help to save my relationship! Much love! - Elizabeth
"If They Can Help Me, They Can Help Anyone"
- Craig
Previous
Next

Want the inside scoop? Join the Community